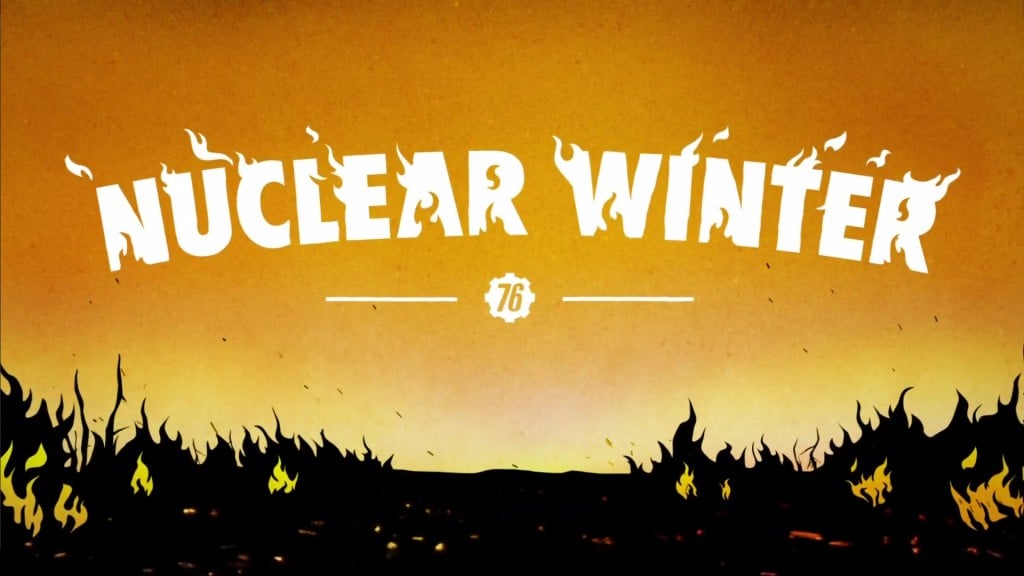 Well, literally every game has a Battle Royale mode, c’mon! Even Counter-Strike Global Offensive has one. Bethesda couldn’t be left behind in this regard, and to be very honest, it definitely is the most “IN” thing these days, whether you like it or not.

The Battle Royale genre started with H1Z1 officially and then exploded with Fortnite, and well, now every other game wants to have this mode, with their own spicy modifications and layers of fun, and it’s not half bad.

In this article, we explore the Top 5 reasons to play Fallout 76’s all new Battle Royale mode, called Nuclear Winter.

This mode has only 52 players, and there are teams of 4. So essentially, there are only 13 other teams that you have to defeat. Compared to Fortnite and Apex Legends (100 and 60 players respectively), or even PUBG for that matter, it’s less, and gives you more time to mess around and have fun instead of worrying and always being on your toes due to the fear of being shot randomly by so many other players in the server.

2. The pre-lobby is great – Have fun while you wait!

That’s true! Unlike most online multiplayer lobbies, this isn’t a boring place where you mock other players or just stare at the screen while waiting for the game to actually start, but the location of the lobby is Vault 51 – an interesting place actually, where you can explore, play musical instruments, read lore, play football, and of course, biff-box other players for fun. It is like a mini-game and you wouldn’t get bored, and sometimes feel like staying in the lobby for a longer time!

Of course it has Fallout elements which we all love, and the graphics are amazing, but it’s also realistic – the Nuclear Winter is aptly shown; not only does it hurt/destroy the players but it also harms the environment when the battle circle starts getting smaller and smaller, and you can see that everything behind the circle has been completely withered or destroyed.

4. Everyone has an equal chance to win

Your in-game perks that you held previously in Adventure or Survival Mode aren’t counted here and the game mode is designed in such a way that PvP is very much balanced, and every player has an equal chance to win, that too, every single match!

Overseer XP is collected and awarded by playing every match which helps you climb the ladder on Overseer Ranks, and unlocks cool cosmetics that can be used throughout the game. It also unlocks Vault 51 mentioned above, cool place to hang out and explore!

You can also build and destory CAMPS, but having the warhead in the end makes all the difference, so no matter how big or strong your camp is, if the opponent team have the weapon, then it’s close to impossible to win with a nuke on your ass.

You should definitely get Fallout 76 and play this mode – it’s fun although it has a few shortcomings – but it is still vastly different from other BR games. Get Fallout 76 below for a DISCOUNTED PRICE!

Thanks for reading through, and have a great day!