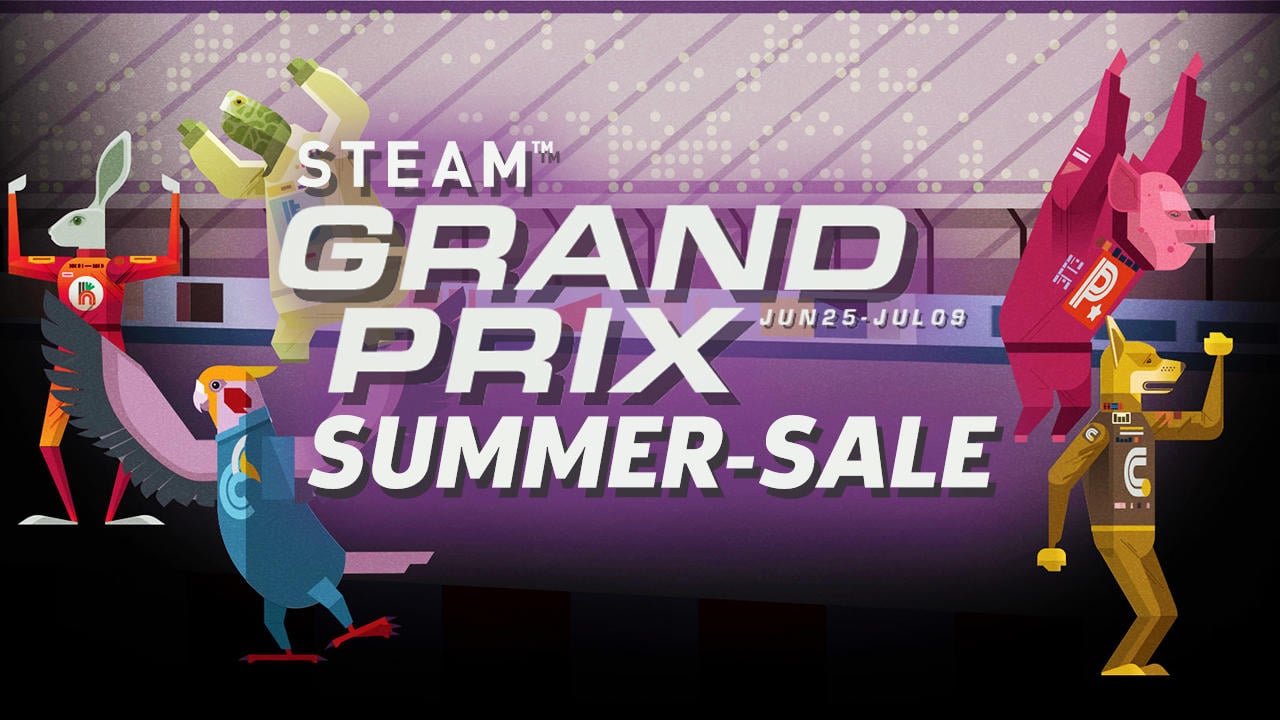 I’m sure everyone knows about the Steam Summer Sales unless you’re living under a rock – and there’s some news! The entire event is a huge bug pile and has caused an uproar on the platform.

The event began on the 25th of June, and will last until the 9th of July next week.

This time, the theme is Grand Prix – and you have to choose your own team, and get to race against them, boost yourself to reach the finish line, etc. It’s a little bit complicated, but you can check the full information here – https://store.steampowered.com/grandprix

Anyone can take part in it – and this is what you get!

Every purchase you’ve made after the Lunar Sale has been converted to tokens, along with the games you have played and the achievements you’ve received so far. All of these tokens can be redeemed at the Pit Stop to get cool new backgrounds, icons etc. and, here comes the main part – YOU CAN LEVEL UP YOUR SUMMER GAMES 2019 BADGE BY USING THESE TOKENS!

Now, this is a huge bug, because apparently levelling up the badge gives you a crazy amount of XP, and by crazy, I mean it’s absolute MADNESS!

For example, I had purchased like 7-10 games after the Lunar Sale along with a huge playtime in games like CS:GO and Rocket League (with a lot of achievements), owing to the collection of a huge amount of points, that I converted to tokens immediately. After getting around 30,000 tokens (Yes I did have that many) I simply upgraded my badge. In less than 5 minutes, I literally JUMPED from level 25 (Overall Steam Level) to Level 58.

Not only is this super erratic and unfair to people who purchased and collected tons of cards to level up, but it ALSO WILL CRASH the entire card trading market on Steam. The prices will dunk, and people will be able to level up on Steam without any effort.

Another bug was found using the game Starbound, and modding a quest – “Drink a Soda” – and with this mod, you can craft a huge amount of sodas and using autoclicker – just consume it to get points.

Within minutes, you’re able to generate thousands of points, for instance, the mod converts 1 dirt block to 500 sodas. Just convert 10 blocks – Get 5000 sodas. And each soda consumed gives you 10 points in the Summer Games. So, you get a total of 50,000 points. You see what’s happening here?!

Well, you can use this bug to your advantage before it gets patched – and go get those Steam Levels!

Thanks for reading this article, see you again very soon!